Prison Break is the series that is going to leave Netflix internationally on January 1st, 2022. All the five seasons of this series will be leaving the platform because the license from 20th Century Fox comes up for renewal along with many of the other big titles. To know everything about the renewal of Prison Break, read here.

The series Prison Break was created by Paul Scheuring for Fox and was a rating juggernaut when it first got aired during 2005 and 2009 and then saw a revival season in the year 2017. The star cast in the drama includes Wentworth Miller, Dominic Purcell, Amaury Nolasco, Robert Knepper, Sarah Wayne Callies, and Wade Williams. The removal of the series from Netflix means that a total of 90 episodes are going to be removed.

Where Can People Watch Prison Break After It Gets Removed From Netflix?

The good news is that Prison Break is already streaming on some other streaming platform. we are referring to Disney+, primarily known for its Marvel and Star Wars. But now it also streams many of the 20th Century Fox TV libraries after the 2018 Disney’s acquisition.

However, there are some rumors about the sixth season of the series but the hopes have been totally dashed after Wentworth Miller said that he is all done with the franchise.

Get connected for more updates! 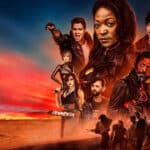 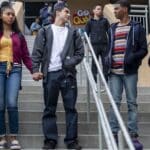